The coronavirus pandemic, and the Hawaiian government’s response to it, has devastated the state. If Hawaii is lucky, three years from now the state will recover and once again be a favorite tourist destination. For today, however, Governor David Ige has asked tourists to stay away from the islands for a minimum 30-day period.

For those daring enough to come ahead as well as those Hawaiians returning home, Ige has imposed a mandatory 14-day stay-at-home order. Moreover, Ige banned nonessential foot and vehicle traffic after 4:30 p.m. Violators who commit a misdemeanor offense may be punished by fines of up to $5,000 and a year in jail. Last week, Honolulu police issued 70 citations and arrested two.

Honolulu Mayor Kirk Caldwell said he has no immediate plans to institute checkpoints on Oahu similar to those in place on Kauai. Hawaii island Police Chief Paul Ferreira reinforced Caldwell’s more tolerant approach when he said that checkpoints are impractical on Oahu. But checkpoints might be unnecessary since almost everything except supermarkets and hospitals are closed.

Diamond Head, Pearl Harbor and Waikiki Beach, popular tourist spots, are shut down tight. An empty Waikiki Beach is a once-unimaginable sight. Predictably, in light of the restrictions, travelers have canceled their hotel reservations. Hotel occupancy rates have plunged so low that many are considering closing during the crisis which would mean a host of lost jobs. Some Hawaiians urge the state to use its influence to close the hotels and convert the empty rooms to house COVID-19 patients. Also, under consideration is converting the Hawaii Convention Center and the Neal S. Blaisdell Center, a multi-purpose facility, into health care centers.

Workers that provide services to Hawaii’s guests – waiters, bartenders, retailers, housekeepers, cab drivers, cooks, airport baggage personnel – are low-wage and tip-dependent, and live in the state with the nation’s highest living costs, 92 percent higher than the U.S. average. Suddenly, their incomes have been interrupted for an indefinite but likely long period. Their mortgages, rent payments and other fixed overhead bills will go unpaid and go into serious, credit-threatening delinquency. Tourism accounts for, conservatively, 21 percent of the state’s economy. No other state so heavily relies on tourism as Hawaii.

During the first half of last week, according to the Hawaii Department of Labor and Industrial Relations, residents filed 67,071 new unemployment requests which brought the March total to 82,963. The state’s unemployment rate soared past 10 percent.

No one argues that in these perilous times extraordinary health and safety measures are mandatory. But for tourism workers, the economic and emotional fallout is grave. Minimizing stress is a major component of a strong immune system. Closing businesses and adversely affecting people’s incomes increases stress, weakens immune systems and increases the likelihood of getting sick. But the unimaginable has begun on overwhelmed Hawaii. Some local physicians have ceased seeing patients, and have therefore cut off access for possibly coronavirus-infected patients. Doctors are a source of not only medical advice but also psychological support to troubled, worried patients.

Hawaii Department of Health Director Bruce Anderson told the state Senate COVID-19 special task force that he learned that people are calling doctors they’ve seen for years only to find out “they’ve stopped seeing patients.” The abandoned patients, unfamiliar with infectious diseases, then turn to community health centers which puts an increased burden on those facilities as well as strains treatment and the protective personal equipment supplies they provide. As of March 29, Hawaii had confirmed 20 coronavirus cases, and one death from a person with multiple underlying conditions.

President Trump’s $2.2 trillion CARES Act will provide some relief to beleaguered Hawaii’s unemployed and underemployed. Individual taxpayers whose adjusted gross income is less than $75,000, the majority of Hawaiians, will get $1,200 plus $500 per child. Because Congress has no idea when the checks might be mailed, many prospective recipients consider the CARES Act cold comfort. Between congressional approval and actual mailing, the 2008 recession stimulus checks took about three months to arrive.

In reference to the nation’s battle against COVID-19, President Trump has labeled himself a “wartime president” and promises that the United States will “meet the moment” and prevail. Solidly Democratic Hawaii won’t vote for President Trump in November. But seeing up close the consequences accelerating COVID-19, Hawaii is hoping that President Trump succeeds. 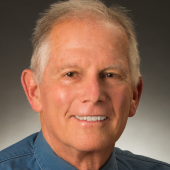 Joe Guzzardi is a nationally syndicated newspaper columnist who writes about immigration and related social issues. Joe joined Progressives for Immigration Reform in 2018 as an analyst after a ten-year career directing media relations for Californians for Population Stabilization, where he also was a Senior Writing Fellow. A native Californian, Joe now lives in Pennsylvania. Contact him at jguzzardi@pfirdc.org. Covid-19 What should be the national priority