CBS news anchor Norah O’Donnell does a commercial warning that media regulation would suffocate press freedom. She omits that it would be not regulation, but REREGULATION!

Deregulation was originally justified under claims that regulation stifled press freedom. Yet, deregulation resulted in less news, less trusted news and less diverse news – stories critical to the nation’s future ignored – with what now passes for news overly centered around a seemingly diversionary tactic of an endless political-correctness witch hunt, rather than focus on a nation in crisis in so many ways.

O’Donnell says press freedom, but it would seem she means complete license for media to continue doing as they please. If we still had the Fairness Doctrine, broadcast licenses would be lost.

Networks rely almost solely on staff “experts” for comment, ignoring vast pools of independent and, perhaps, greater expertise, albeit perhaps not statements media want. Media validate “peaceful protestors,” even as video footage shows vandals destroying monuments absent concern that, in a democracy, other views matter, too. Media fail in their responsibility to scrutinize with the journalist’s “jaundiced eye,” such as, when does “cultural cleansing” become fascism?

That respected journalists say nothing, appalls. That leaders say nothing, baffles. Some are perhaps too busy posturing for TV cameras, but there’s also that deregulated media can and have destroyed careers. Who needs due process when media can be instant judge, jury and executioner? Trump’s “Fake News,” while accurate, fails to define cause or propose reform.

The airways were once considered a public resource that should serve the public good. To that end, Congress passed the 1940s Fairness Doctrine, later upheld by the Supreme Court, requiring broadcasters to report fairly, without bias and fully (no news blackouts). One southern TV station, for example, lost its license for only pro-segregation reporting.

Today, just six economic titans – 54 entities before deregulation – own movies, publishing, newspapers and television, with disturbing evidence they work to form a narrow, dangerous bottleneck through which all “news” must pass.

Before deregulation, those owning media could only own media, not – as now – also own Big Ag, Big Medicine, Big Pharma and Big Arms. This begs the question of whether heavily biased news stories are really meant to create a favorable business environment, such as open-borders advocacy to keep labor flooding in and cheap or blatant media advocacy for war, rather than objective scrutiny of its merit.

Those on the right loath “liberal” media. Those on the left loath Fox News. Both miss the critical point that media should NEVER be about “sides,” or serve, as they do, merely to confirm our prejudices. Ethical journalism seeks all the facts, strives to inform, not indoctrinate. Deregulation, wrongly, removed the distinction between news and editorial, with opinion today outrageously, dangerously permeating all reporting.

The news – as in Walter Cronkite’s day – no longer unifies us around common understanding of the issues. It is rife with omissions, distortions, half-truths and carefully cherry-picked “facts,” with networks making it clear that those not in lockstep must be racists, xenophobes, white supremacists or unenlightened morons from red states.

Big Media presume – as is never the right of media – to work aggressively to shape the national agenda. Yet, nowhere in the Constitution are they mentioned as a fourth branch of government.

Teddy Roosevelt warned that we must control the “excesses of business.” Let’s start with the excesses of Big Media. 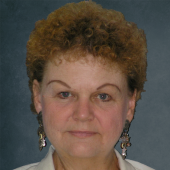 No, WE Are NOT All in This Together